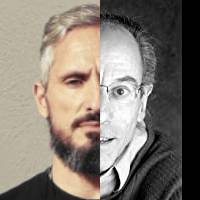 Lifelong martial artists Sifu Miguel and Dr. Berkelhammer share their thoughts on how CST and Mindful Wing Chun has benefitted them and the uniqueness of the Mindful method. 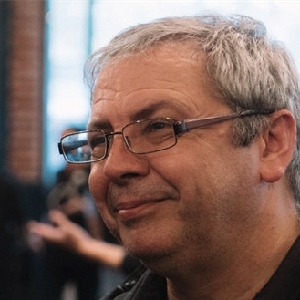 Sifu Tony Psaila is one of the the most skilled and respected teachers of Chu Shong Tin Wing Chun, so his praise for our school means quite a lot! 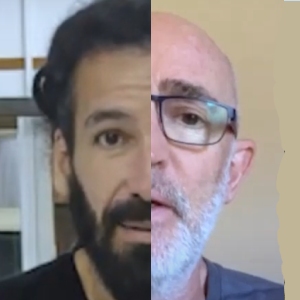 Long time martial artists Yam and David share their views on Mindful Wing Chun Online and how they integrate what they learned into their own practices. 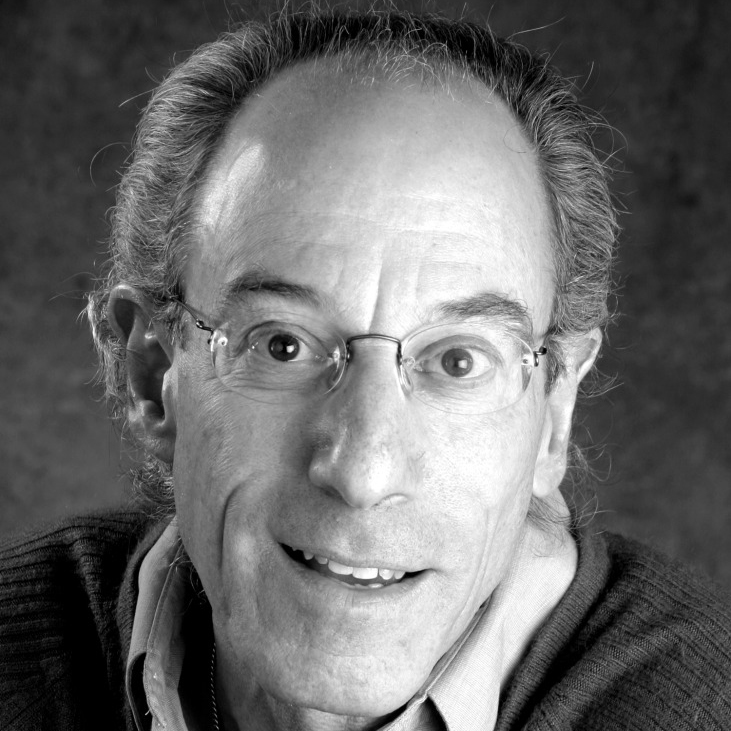 In the following video, Larry M. Berkelhammer (PhD), who is the Co-Instructor of Mindfulness-Based Self-Compassion and Self-Empowerment at College of Marin and the author of the books ‘In Your Own Hands: New Hope for People with Chronic Medical Conditions’ and ‘Doctor’s Partner: The Self-Empowered Patient’, explains how he healed his back pain and other medical conditions within just a few months of practice of this program (through online lessons with Nima King). 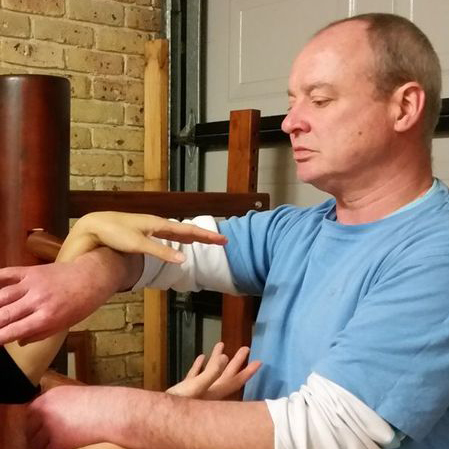 "I have been practicing CST Wing Chun since 1987 and have been teaching it for over 27 years. Sifu Nima King is not only my Sifu but has been a friend for 14 years. Having trained full time under Sigung Chu Shong Tin for 10 years, along with his passion and discipline, has resulted in Sifu Nima being a great exponent of the art. However it is his teaching skills that are truly masterful allowing him to explain complex concepts in a simple and concise manner. Together with his direction and detail it makes him an all-round excellent teacher. Highly recommended."

Des has been practicing Wing Chun for over 30 years and is considered as one of the most senior teachers in Sydney Australia within the CST lineage. 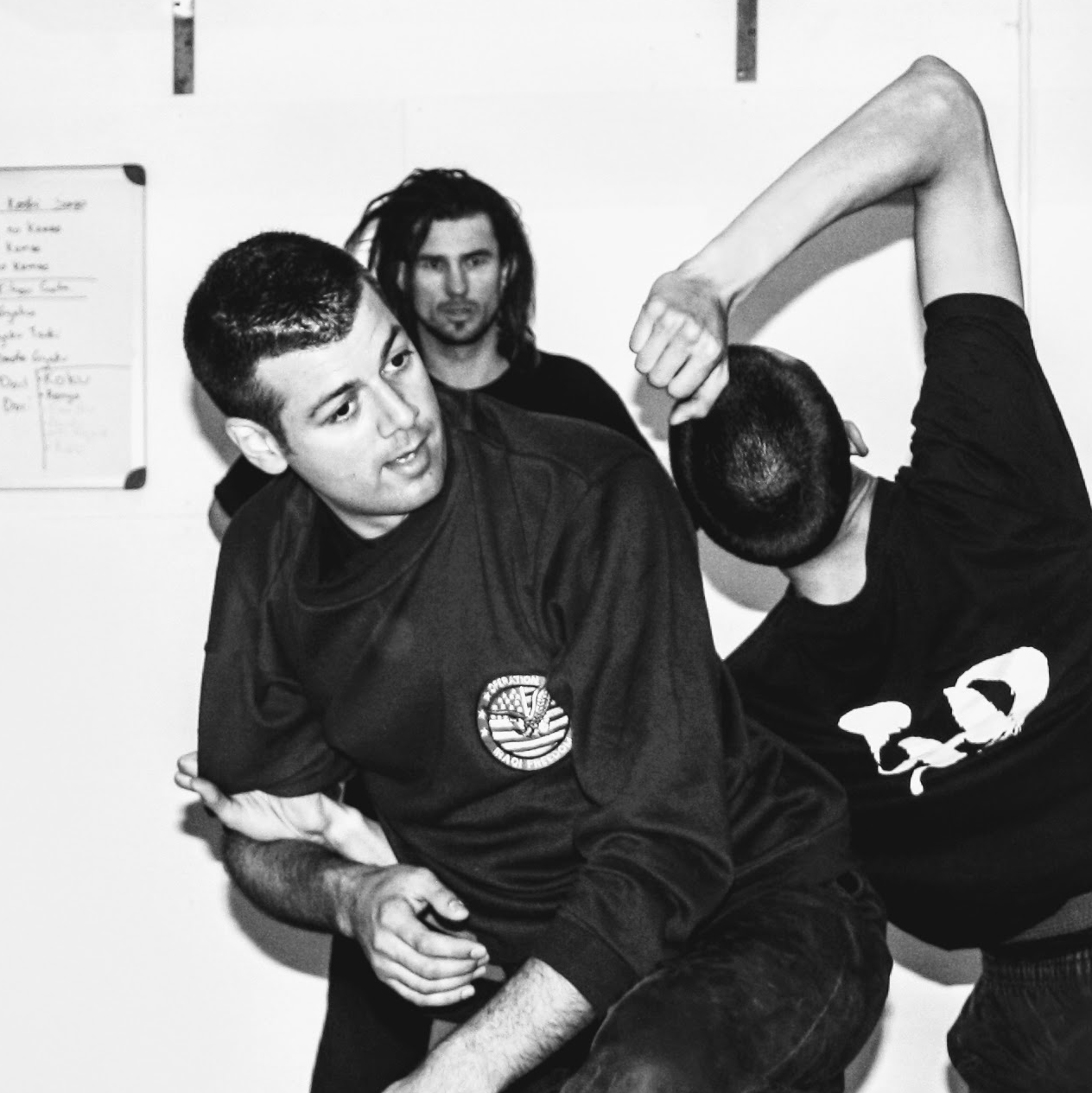 “I met Nima in Hong Kong in 2017. It was truly mind boggling as to how Nima was able to generate such Power with so little movement. Truly incredible! I've been around martial arts for 35 of my 46 years and I honestly have never encountered such mastery. I have a long, long way to go!”

Robin has been living in Japan since 1996. Since that time he has trained consistently with Masaaki Hatsumi Sensei, the Bujinkan’s Grandmaster, and with Toshiro Nagato Shihan, one of the Bujinkan’s most senior Japanese instructors. In 2018 he was awarded his 15th Dan and received the Ninjutsu's highest title of Dai Shihan. He has also practiced various other martial arts in the last 35 years, including Jiu Jitsu, Kickboxing, Kyokushin and Shotokan Karate, Yi Quan Wing Chun, Jin Wu Koon Double Dragon Kung Fu , Ma Gui Ba Gua Zhang and Yang Mian Qi Gong. 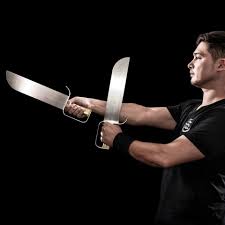 "Sifu Nima King is the most passionate person in Wing Chun Kung Fu I have ever met and had the chance to train with in my 20+ years of martial arts training.

He has devoted his life to cultivating and teaching the internal art of Wing Chun. Like myself, I have watched others cross his path be blown away and inspired by his knowledge, skill and passion. There is no doubt that he is walking the internal path and spreading Chu Shong Tin’s Wing Chun.

Without meeting Sifu Nima King I wouldn’t have come across the CST method and wouldn’t have met the man himself. He has played a massive part in my journey and I wouldn’t be where I am today without him, so I am forever grateful." 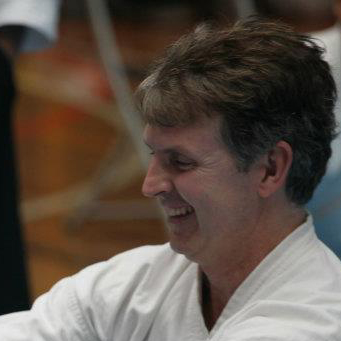 "I’m a registered 4th Dan Aikido practitioner through the Aiki Kai headquarters in Tokyo. I practised Takemusu style for two decades as taught to me by Takeyasu sensei (7th Dan at aikidoaus.com.au), a student of Saito sensei, whom was the principal student of the founder of Aikido- Morihei Ueshiba.

In 2010 I started practising Wing Chun in Sydney and was introduced to Master Chu Shong Tin in Hong Kong.

Despite my martial arts experience, and my professional background as a chiropractor/osteopath, I knew I was out of my depth when I met Master Chu. He really was the consummate Martial Artist, and had the best healing hands that I have experienced. For the last few years of Master Chu's life, I trained in Hong Kong very regularly.

It was through this training that I met Nima. He was at every class, always training, listening and learning. It was through Nima that the breakdown of the thought processes associated with studying CST Kung Fu became available. That is to say, Nima has explained how to think when training.

He has worked tirelessly, and given most generously of his in depth knowledge and experience in a very practical and down to earth manner.

I still visit Hong Kong regularly to train with Nima through Mindful Wing Chun. I miss Master Chu, but am very thankful to have his student for guidance." 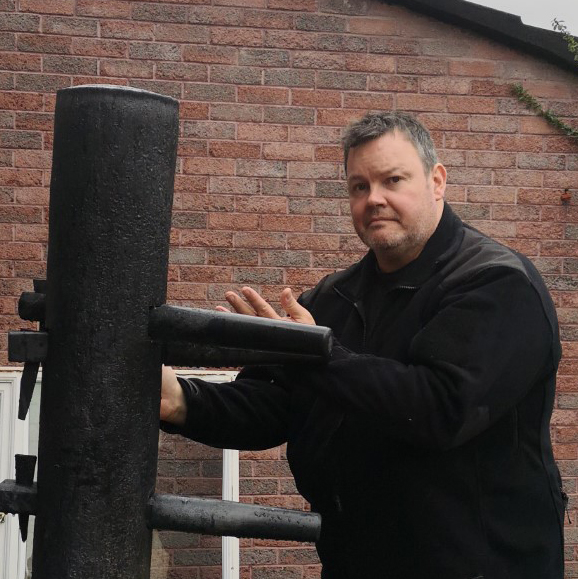 "A true teacher is humble and has the patience and ability to pass on his knowledge and skills to his students.His students will be influenced by his words and actions…

I’ve been doing M.A. from the age of 7 years old. So, now I’ve been training 41 years. I have studied, Karate, Wing Chun, Tai chi, Hsing Yi, Ba Gua, Tae Kwon Do, Wrestling and countless seminars of different styles. Always searching for that extra special something...

Then I found the videos of Chu Shong Tin on YouTube. This was who and what I had been looking for. Family commitments kept me away from actually meeting and training with CST.

This shows the calibre in Nima and his team at Mindful Wing Chun and the students that attend the school.

Nima is a true teacher in every sense of the word. He teaches with ease, explains and demonstrates with skill and simplicity, with a hands on approach. Nima is a fountain of knowledge. No secrets just hard work. He is down to earth and very approachable.

I highly recommend anyone from any style of martial art to learn from Nima’s school Mindful Wing Chun." 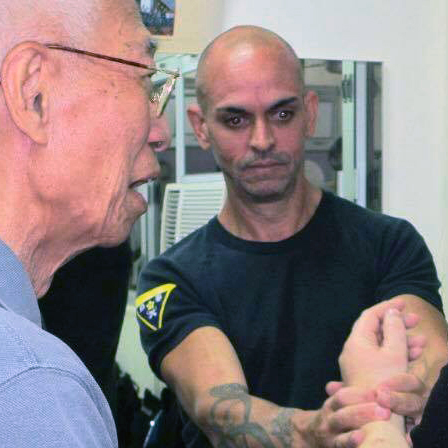 “I have studied several (martial) arts over the last 40-plus years and after leaving the Australian Army, I began studying CST Wing Chun under the late Sifu Jim Fung in 1999.

After Sifu Jim's passing I began traveling to Hong Kong to train with Sigung CST. It was there that I met Sifu Nima King. Even after losing our late Grandmaster I have continued to travel too Hong Kong to train with Sifu Nima and the senior CST students. Sifu Nima is in my opinion one of the most senior CST teachers worldwide and his understanding of the CST system is obvious. I feel grateful and confident that Sifu Nima has the appropriate skills and knowledge to continue to teach, educate and to pass on this amazing Wing Chun Kung Fu system." 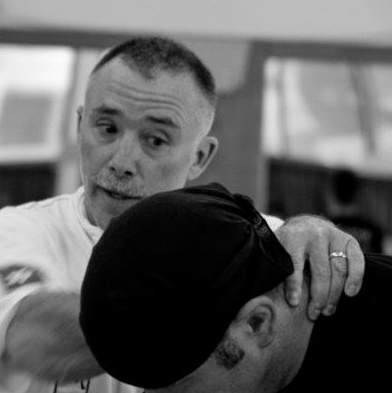 “I have trained for 30 years plus in the martial arts, practicing Wing Chun, Aikido and Goshen Ju-Jitsu.

Wing Chun is my passion which I train each day. A few years ago I visited Nima King and the team of instructors at Mindful Wing Chun in Hong Kong, I was immediately impressed with their immense commitment and dedication to the Art! If you are reading this and intend to learn Wing Chun from them, I’m certain that you will not be disappointed!

Nima and his team have my full support and approval! 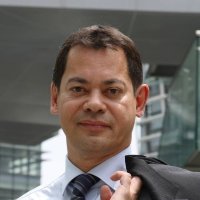 “I am very fortunate to have had Nima King introduce me to the Grandmaster Chu Shong Tin lineage of Wing Chun 6 years ago.

Michael Spangfort is a Black Belt in Shotokan Karate who was competing at national level in Sweden in his younger years. 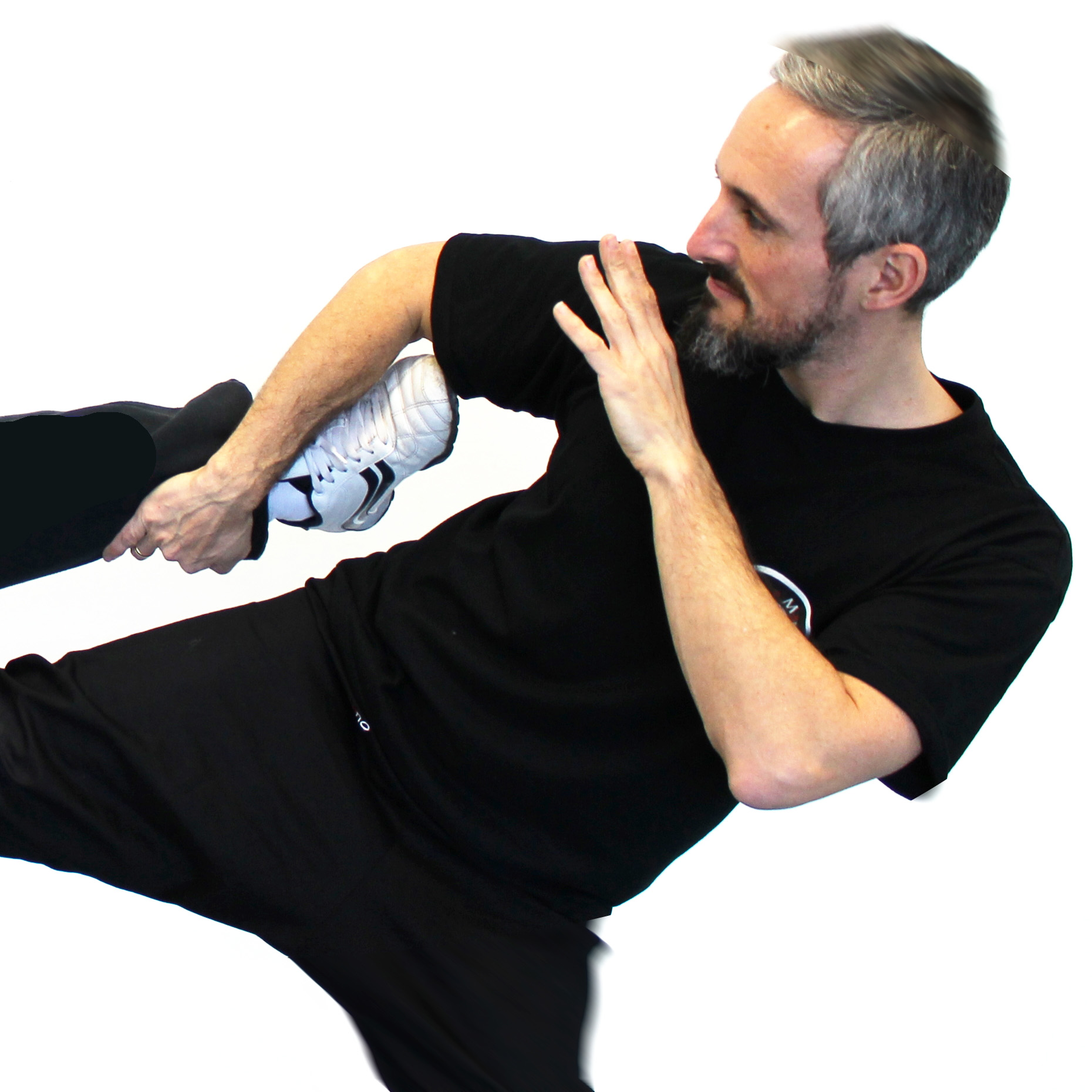 "Kaizen. This is a Japanese word to express the continuous process of improvement.

Although not Chinese (I am sure there is an expression for it in any language) this was one of the first things I learned from my Wing Tsun Sifu in Germany. After doing some martial sports like boxing and Karate in my childhood I was introduced to Wing Tsun (no matter what spelling) about 10 years ago.

I felt the fire immediately and stopped nearly every other free time activity just doing Wing Tsun and Kali (Filipino martial arts). My goal from then on was to get a very deep knowledge of movement, concepts and fighting applications, training with several martial arts experts of different styles.

Since our style is 100% external the internal side of it was completely non-existent to me.

This all changed when I first came to Hong Kong in 2016 and met Sifu Nima King for a full time 2-weeks training of about 80 hours. At first I planned to visit several schools to get to know different lineages. This changed after my first training session with Mindful Wing Chun. I was impressed by the deep knowledge of Sifu Nima about his lineage style and the teachings of Chu Shong Ting.

He has brought a new universe of thoughts, ideas and movements. Not only his personality but also his teaching concepts have been a true benefit not only for my martial arts career but also for my life. One quick example. Doing full contact sparring for many years I suffered in late 2016 a serious injury at the cervical spine including an operation.

I could rapidly recover from that following Sifu Nima’s teachings of awareness and uprightness. My posture and awareness increased dramatically in my opinion. Another thing I would like to share is the power generation I was able to feel from Sifu Nima.

During a session Sifu Nima asked me to show me a inch punch which I thought I was quite good at. Compared to what I felt when his punch piercing through a thick pad entering my chest, my punch was nothing.

Power generation is crucial for any fight. Sifu Nima's teachings are generating this power so effortless and efficient you wouldn't believe it without feeling it! Another highlight for me is, there are no secrets, Sifu Nima is sharing his knowledge to improve every students skill.

From that day on I try to enhance my martial art skills by incorporating as many ideas Nima is sharing as possible. I return to Hong Kong on a regular basis to continue my training at Mindful Wing Chun and Sifu Nima King. Also not being in Hong Kong we are in good contact and he is always helping me out with any questions I ask.

If in Hong Kong you can feel the proof by yourself, the expertise of him and his whole team."

Along with his Wing Chun teaching, Miguel is also an Instructor of Inosanto Bland Kali