A feature of Sifu Nima King in the SCMP 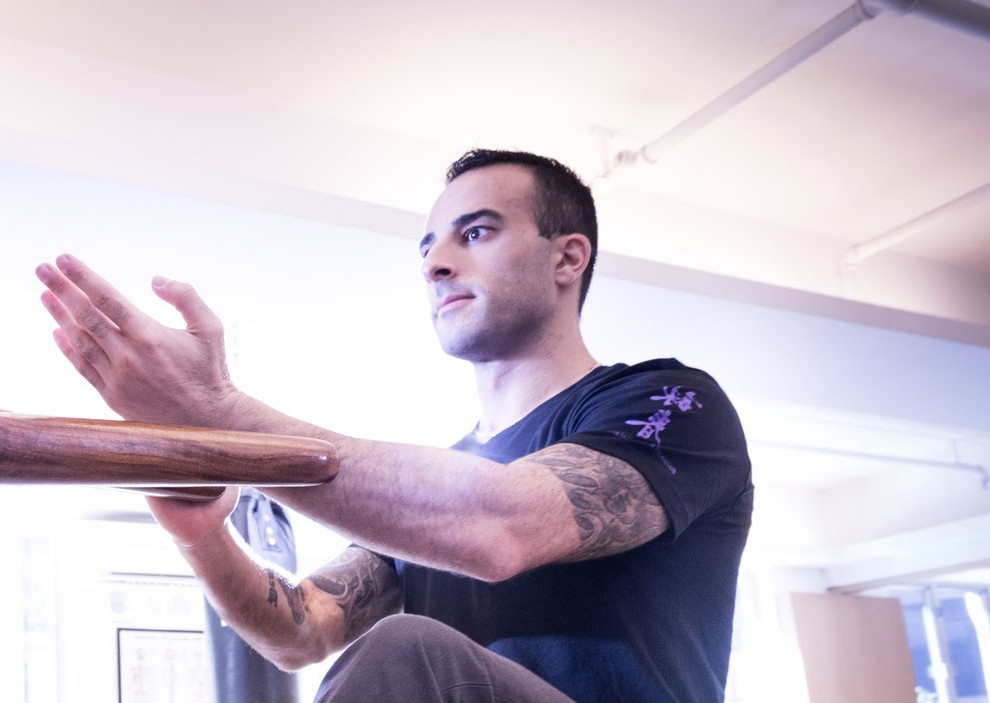 What is your age, Wing Chun style/specialty?

I’m 35 and am the head Sifu of Mindful Wing Chun, one of the largest WingChun schools in Hong Kong.

Who and what inspired you to learn Wing Chun?

Being a teenager living in the western suburbs of Sydney, Australia, getting into fights at school and on the street was becoming a regular occurrence, so I decided to learn a self-defence system. I actually chose Wing Chun by luck as it was one of the biggest ads in the Yellow Pages at the time.

How long have you been practicing Wing Chun, and from whom did you learn it from exactly? 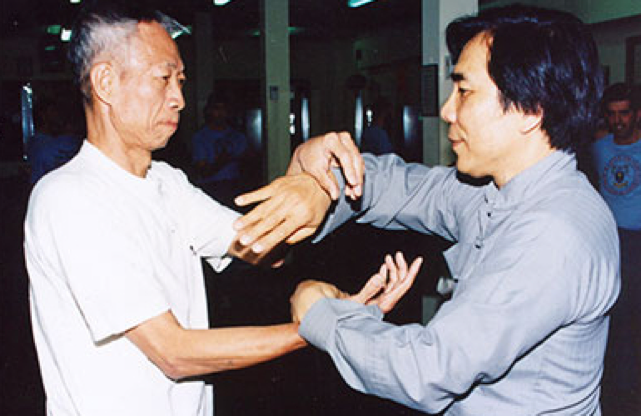 I’ve been practicing Wing Chun full time for 19 years. I started practicing under Master Jim Fung in Australia but in 2005 I moved to Hong Kong after meeting Jim’s teacher, Grandmaster Chu Shong Tin who was one of the earliest and longest serving students of the legendary Ip Man (Bruce Lee’s master).

What has Wing Chun taught you as a person and skill-wise?

Apart from the self-defence ability, which came in very handy during my years working as a bouncer in Sydney’s Kings Cross, Wing Chun has taught me how to control my mind and body which has literally transformed my character and my life! The internal/meditative aspect of the practice has changed the way I handle my emotions which has in turn helped me in my relationships with others. This is the main reason why I continue to practice and teach Wing Chun over 40 hours per week and have dedicated my life to it!

How would you define Wing Chun. A martial art, philosophy or something else?

Wing Chun is a very realistic martial art with no unnecessary movement. Its principals are based on the laws of physics making it very efficient, so it means that it can be used by anyone regardless of gender, strength, fitness or flexibility level.

But for me, Wing Chun is much more than a martial art. It’s a way of life! What makes it special is the internal/mindfulness aspect. In this day and age we carry too much physical and mental stress, our bodies are energetically closed up with tension, imbalances and misalignments. This could be from injuries, poor postural habits, repetitive mindless movements, and from the overall lack of education on how to take care of the body.

Furthermore, we accumulate mental and emotional stress because we don’t spend enough time observing the what goes on in our head, so our relationship with our mind becomes less harmonious which creates internal friction.

Wing Chun is an art that teaches meditative mindful practice methods which enable us to take the time to really observe our mind and direct it to the body to relax and open up all the tension and energetic blockages. This results in balancing the mind and body, which leads to a more peaceful mind and the ability to use our bodies in a remarkably powerful and efficient way in all postures and movements of daily life (not just in martial arts movements)!


What would you say is the main reason for resurgence in this art?

I think Bruce Lee played a big part in making Wing Chun famous in the western world. Bruce’s teacher Ip Man was a great teacher who inspired many hard-working students of which many became renowned teachers in Hong Kong and across the globe. 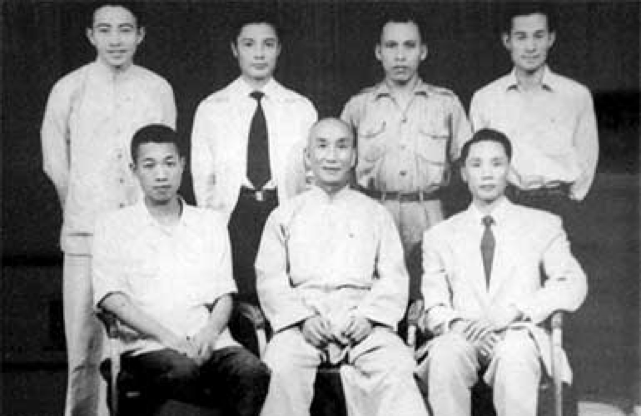 Ip Man was very open to teaching foreigners which was very rare in his generation of masters. Because of this, his lineage expanded on a global scale rather than being restricted to China and South East Asia. I think in the last five decades, the western world has fully opened up to the eastern arts such as ‘Tai Chi’, Wing Chun and Yoga so the timing has been great!

Also, thanks to social media platforms like Facebook and YouTube, the Wing Chun world is connected now more than ever so it enables teachers to share their knowledge which has resulted in not only the revival but also in the prominence of the art.

Finally, in the recent decade, certainly the Ip Man movies, in particular Ip Man 3 which Mike Tyson co-starred in, have greatly added to the global Wing Chun buzz!

Is it because of people being inspired by old and new movie stars such as Donnie Yen and Bruce Lee, or is it because people want to learn/connect with Chinese culture or self-defence? What is your opinion on this?

I think both aspects surely play a roll, but as mentioned in my last answer, I think the western world has become very open to the benefits of the eastern arts. In fact, many of the local HK masters are now saying that their western students are much more dedicated and hard-working than the local students. I think the western world is very hungry for self-development through mindfulness practices of the eastern arts. This is why I think Wing Chun, ‘Tai Chi’ and Yoga have exploded in the last few decades.

Furthermore, as a self-defence system, Wing Chun is very different from boxing or MMA in that it is made for realistic self-defence rather than tournament or ring fighting. For this reason, men and women are practicing Wing Chun for self-defence and many military and special forces around the world are incorporating Wing Chun in their hand to hand combat training.

What is the main age group and types of people who learn Wing Chun at your school?

Actually, the age groups vary greatly. Our kids’ classes start from as young as 3 years old and go all the way up to teenagers. Our adult student’s ages also vary. The majority or our students are between 30 to 50yrs old. Having said that we have around 10 students who are in their 20s and around the same number of students who are over 50 years old. 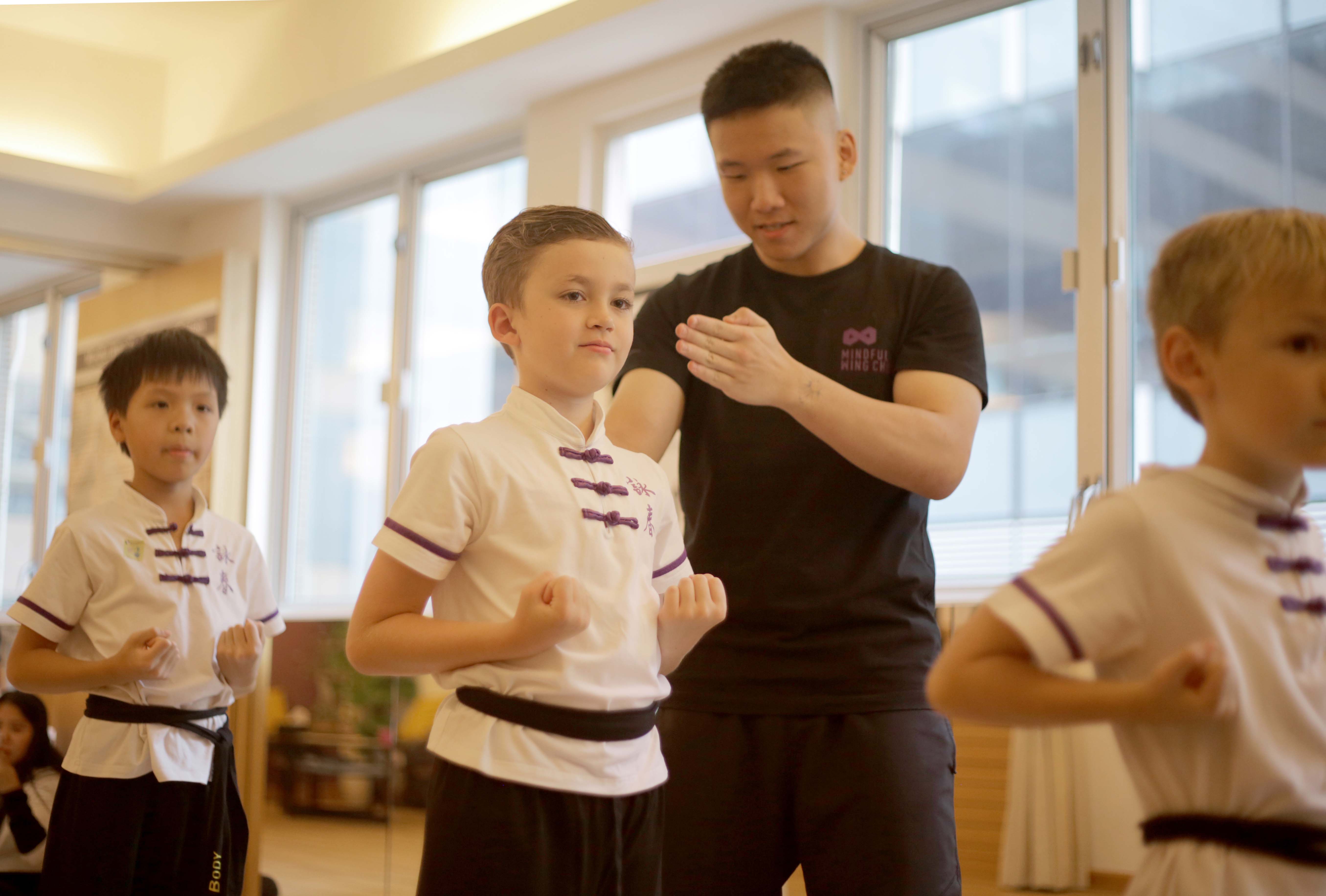 Many of our students are working in the finance industry. There are a few doctors, chiropractors, lawyers, professional musicians, and a handful of pilots training with us as well.

People come to us not only for self-defence but for many other reasons. Maybe they want to gain better control of their mind (or change their relationship with their thoughts and emotion) which leads to a calmer and more focused mind, to get rid of muscular pain, correct postural misalignments, learn to move their bodies in a more efficient way which can be used for daily life or sports, to gain confidence and overall for learning to use this art as a self-development tool!

Are there more foreigners than local Chinese people who learn?

Yes. I think it mainly because of the location of our school, and obviously the fact that all of our classes are taught in English. I think the Mindfulness aspect of our particular method of Wing Chun practice is very appealing the professional expat community in Hong Kong.

What is the way that you can keep attracting people locally and internationally to learn Wing Chun?

It’s definitely the fact that our school is more focus in the ‘internal’ aspect of Wing Chun.

The benefits of this type of practice are very tangible in that it has fast and noticeable physiological effects as well as mental and emotional balancing. Since many of our students are in high executive positions, they say that they are able to use these benefits when dealing with potentially stressful situations.

Another huge attraction to this method of practice is the fact that the practitioner will be able to use their bodies to generate great power with very little muscular effort. This is through tapping into the connective tissues around the joints and using them for movements as opposed to brute muscular force. This, I believe, is the main reason that we are getting literally hundreds of overseas visitors from all different Wing Chun lineages, and many of them are actually masters who are running fulltime Wing Chun schools of their own.

So in conclusion, I think it’s the fact that the internal and mindfulness method of our practice produces very tangible results.

What can people learn from practicing Wing Chun?

What are the secrets or important elements to being successful in practicing Wing Chun? Is this more about mental or physical strength?

It certainly has nothing to do with physical strength. The body will become powerful and healthy from inside out. My teacher, grandmaster Chu Shong Tin, was of very small build, barely 60kg, yet at the age of 81, he was able to literally throw around people who were twice his size and half his age. So it definitely has nothing to do with physical/muscular strength. He was also told that he was going to die 3 times by the western doctors in the last few decades and was in the SCMP a few years ago in an article titled “Wing Chun master wins battle against cancer”. 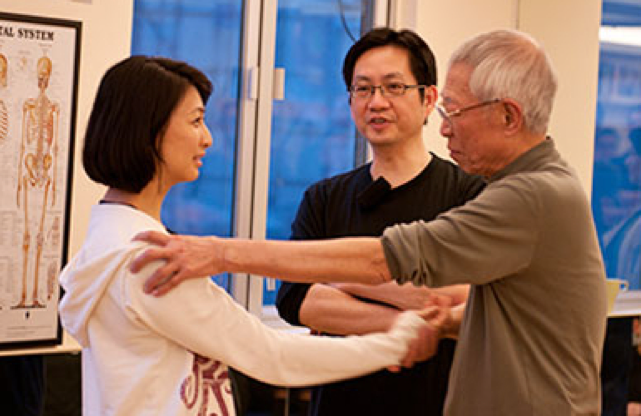 Success in Wing Chun is all about the Mind, and these are some of the elements of reaching the pinnacle of Wing Chun.