Siu Nim Tao is the basic form of Wing Chun Kung Fu. It comprises of three specialties: (1) No need to exert force; (2) It possesses the strongest structure with the minimum use of energy; (3) It induces the release of mind force from a person.

Firstly, one must relax the muscles of the whole body. Then, he should infuse the spirit into the spine so that it is maintained straight. Contracting the anus is also important because it can help different parts of the body to form a unified structure.

The second stage is to practice in a completely relaxed state. When one is fully acquainted with all the moves, he should practice every move with the mind to initiate the movement without paying attention to whether the move is correct or not. He must ensure that every movement is initiated by the mind and not by the muscle.

After completing the training of the above two stages, it now comes to practice the main point of Wing Chun’s Siu Nim Tao. This is to learn how to release the mind force and the familiarization of the automatic reaction applying to fighting.

Expressing this kind of technique on paper is just like inventing a theory without experiment. One will not believe it unless he has experienced such techniques. Luckily, with the assistance of the video, a Wing Chun learner can have a chance to fully understand the techniques.

The important points of Siu Nim Tao can be grouped as follows:

1. The Structure of the Moves
2. The Moves to be Controlled by the Mind
3. The Input of Mind Force
4. The Theory of Centerline 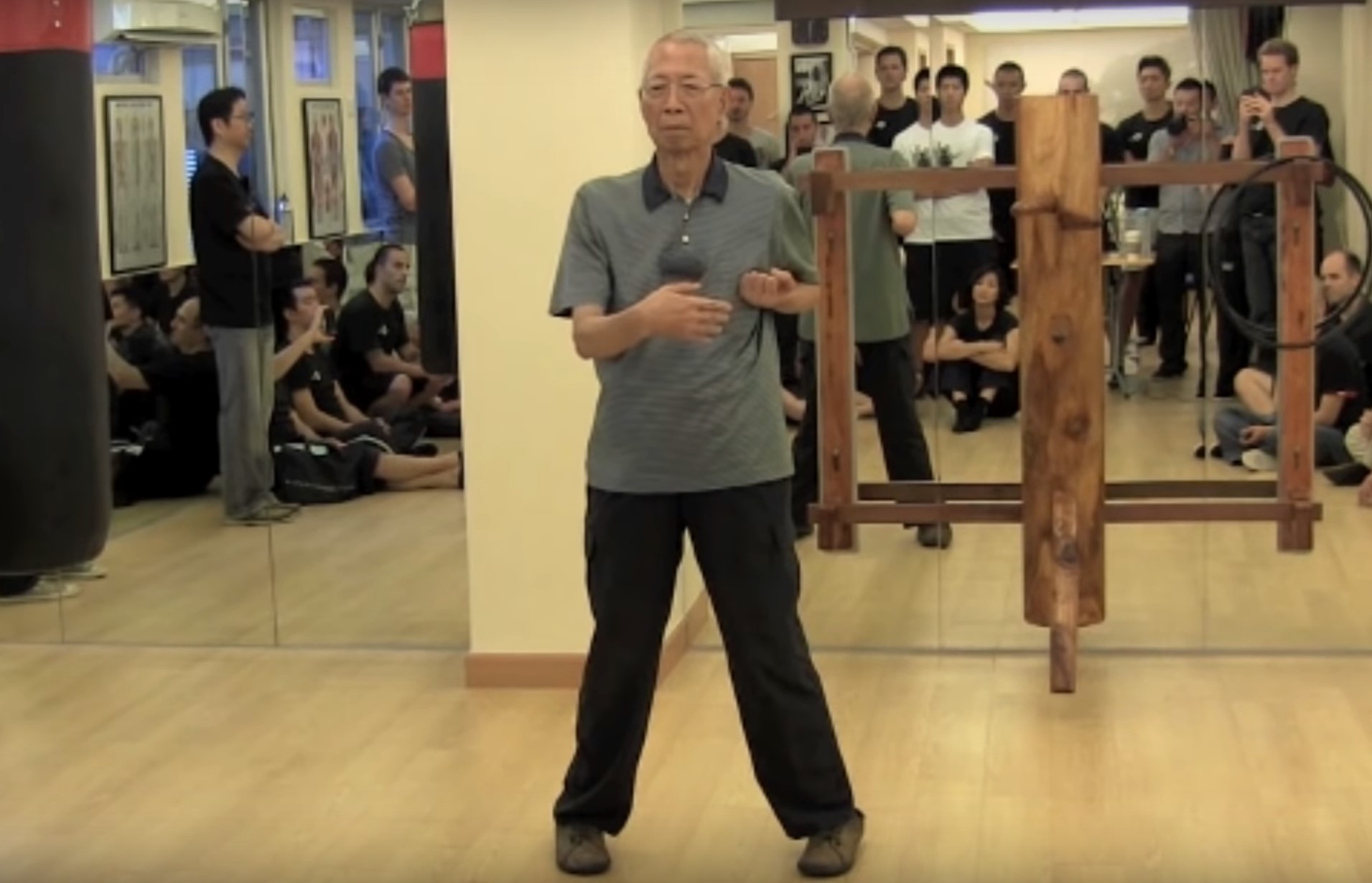 The Structure of the Moves

(c) The concealed skill of the “Two Adduction Stance” (Yee Chi Kim Yeung Ma). The “Two Adduction Stance” fully reflects the skill in concentrating the force of impact. Because of its posture, it can concentrate the force of impact at the centerline or even to the center point so that every move contains the weight of the whole body. Since the knees are slightly bent and springy, one can transfer the striking force from the wrist of the opponent to one’s knees. This action can reduce the burden of the arms, thus increasing the mobile ability of the arms.

The Moves to be Controlled by the Mind

From the name [Siu Nim Tao] (In Chinese means “sense from the brain”), it can be seen that the form is based on idea or mind. Hence, when one has attained a stage that he is familiar with the form and perform all the moves correctly, he need not practice with a mirror in front of him just to see if the moves are correct. In order not to affect the concentration of the moves, he should use the mind to perform the moves. After practicing for a long period of time, he should be able to perform the moves with the mind freely at any moment without exerting force of the muscle.

The Input of Mind Force

In learning Siu Nim Tao, when one has passed the stages of imitating the moves and performing the moves with the mind, he should try to input the mind force into the limbs. “Mind Force” is an invisible power. Looking at it from another angle, it is the power created when concentrating the mind and is similar to Qigong and Ligong. When one has achieved the stage of driving the mind force, he can feel the existence of it. Wherever the mind force is moved to inside the body of a person, the power of that part of the body is increased, and every move he performs will be springy and filled up with energy. In fighting, since he has already possessed the absorbing and rebounding effect due to the existence of the mind force, when encountering the opponent, he is able to use the appropriate move automatically without thinking, thus, achieving the best result in attack and defense. 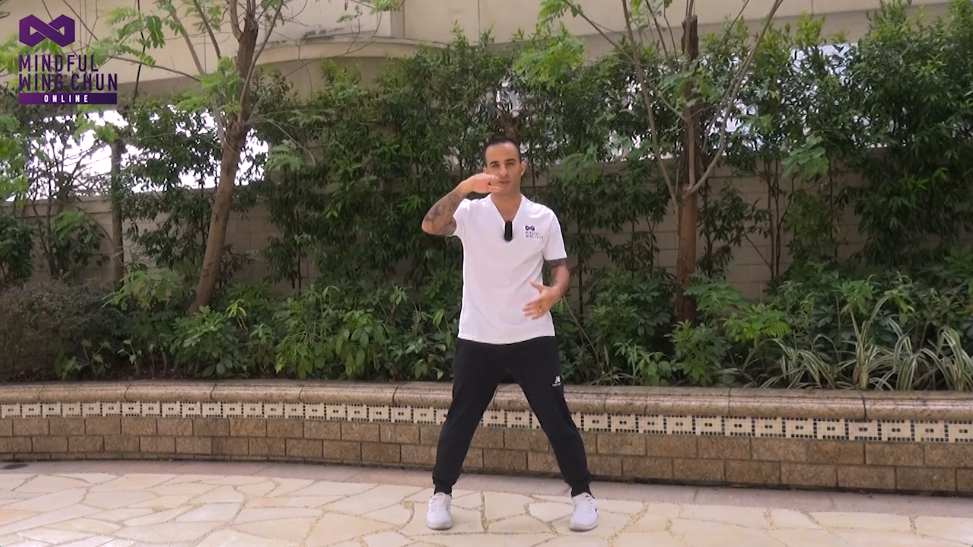 The Theory of Centerline

The above is just the basic theory of Wing Chun’s Siu Nim Tao and does not consist of any particular skill. Hence, if you practice Siu Nim Tao in accordance with the above theory and achieve the described level, you will be able to tolerate heavy force and generate enormous power without exerting muscular force. One cannot imagine this unless he has personally experienced it. In order to really know Siu Nim Tao and feel its power, one must practice Siu Nim Tao repeatedly and persistently for a long period of time.