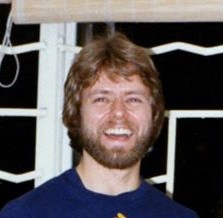 I had not seen this video before and really appreciate seeing it now. It reminds me of a story CST told me when I first started to learn from him. It was told through another student who acted as an interpreter so I cannot vouch for the accuracy of it as it was almost 50 years ago.

Bruce Lee was in Hong Kong at the time making a movie and he stopped by to see CST. He knew CST from Ip Man's school as the instructor there at the time he was learning. In the US, Bruce trained hard and wanted to compare his skills with CST.

From what I was told it did not go well for Bruce. Every time he would try to attack, he would be met with a hand in the face. CST moved too fast and too effectively for him. CST explained to me that Bruce's style was what CST called "planned punching". He said Bruce would throw a feint and then try to throw the big punch right after at a faster speed. He would go for the one shot kill sort to speak.

It would work for most other opponents as they would seek to defend the first blow before attacking. CST would instead attack on the first hint of a strike so essentially Bruce wasted a move and that will not work against someone like CST.

I said that Bruce looked very fast in the movies. CST explained that when you see a punch or kick travel across a 50 ft screen in a blink of an eye, you think it is faster than it really is because it has covered so much distance so quickly. Most of the time in class CST would always be defending so you rarely got to see the offensive side of CST Wing Chun. He once showed me the strategy and mechanics of his fighting style when I was living at his school and I never forgot what he showed me and it completely changed my view of the practical application of his style. I have written a little story about it that Nima King put on the Mindful Wing Chun blog and the story is called "Hidden Power" if you have further interest.

His fighting strategy is simple but brutally effective if you have the power to back it up. In my humble opinion CST in his prime was the fastest and most powerful fighter I have ever seen.

A couple of things I took away from his teachings. Nothing moves until the center-of-mass moves and nothing is left behind. Hit first, hit the hardest and strike to move, not move to strike. If there is more of this seminar, it would be great to see it. My view of Wing Chun fighting style can be summed up by the words of Ben Grimm from the "Fantastic Four'. "It's Clobberin’ Time". The funny thing is even back in the day it seemed to me that very few people understood what he was capable of, including other students of Ip Man, and even some of his own students.

He had a very humble nature. It was not that he would try to hide skills from you, it was that he just never showed off what he could do. If you could formulate a question or could develop enough skill to challenge his abilities he would then demonstrate to a level necessary to answer you. It was a bit like watching the rich guys who used to drive around Kowloon in Ferrari Sports cars and could never get them out of first gear. You knew it could really go if the opportunity was there.

I see him in all the videos available and think how lucky people are to see all of these demonstrations. But most of the time he is going very slow which is easier to see but harder to do for him. The slow movement hides the true nature of it. A bullet is not intimidating being thrown at you. It is only when it comes out of the barrel of a gun, then its true nature revealed. I met and touched hands with many of Ip Man"s students and none compared to CST. Back in the day I never met anyone of any style who could punch harder than me and I weighed only 150 lbs. Some people I compared with weighed almost twice as much as me. Yet CST weighed only 130lbs, and his force was much greater than mine. I only saw him move at what I believed to be full speed once and it was astonishing.

This is what he looked like when I first trained with him. He was very strong for a 130lbs guy. He could do one arm pull ups and do two arm pull ups using only a single finger on each hand. He told me he tried a one arm pull up with one arm with one finger but he hurt his finger. He would bend old style metal pop bottle caps in half between his thumb and index finger. He could swim for hours and not tire. He had a very long reach and was extremely flexible as he could put his knee behind his shoulder. He had very well developed muscles in places perfect for Wing Chun like his shoulders, waist, hips and forearms. He was a perfect wing chun machine.